Stars In Formation (2019) is a work by Tengchao Zhou, developed during a Summer Sessions residency at V2_, supported by PCCA. 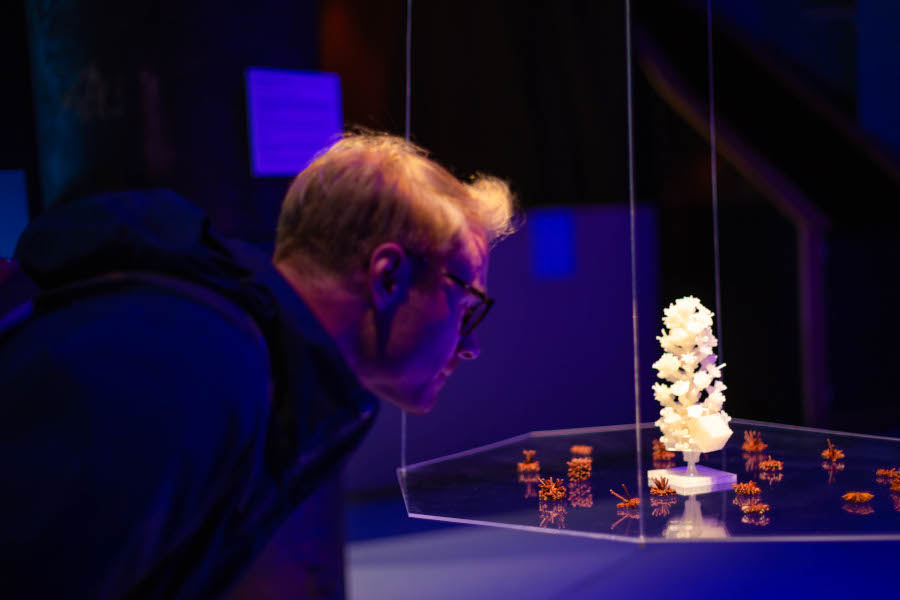 For Stars in Formation, the artist has borrowed the shapes of the pods on a star anise tree. He has scanned more than 100 star anise pods and used them as input for a generative machine-learning algorithm, which generated hundreds of new pods.

Tengchao Zhou hopes that the artwork can motivate people to think about what it means to learn. Some people are curious about the internal workings of machine-learning algorithms. Zhou wants to show them what’s inside: matrices with changing numbers. He has used wind turbines to represent the changing numbers and placed them in two tangible 3D matrices.

By adding light beams on top of his generated star anise tree, Zhou hopes to clearly illuminate what’s inside the black box of the AI.